Advanced modules are free for individuals. For companies and other for-profit users, we offer a 15-day evaluation period. All Advanced modules use MS Excel and are augmented by the capability of VBA (Visual Basic for Applications). Some software also use finite element analysis (FEA) to further enhance their capability. 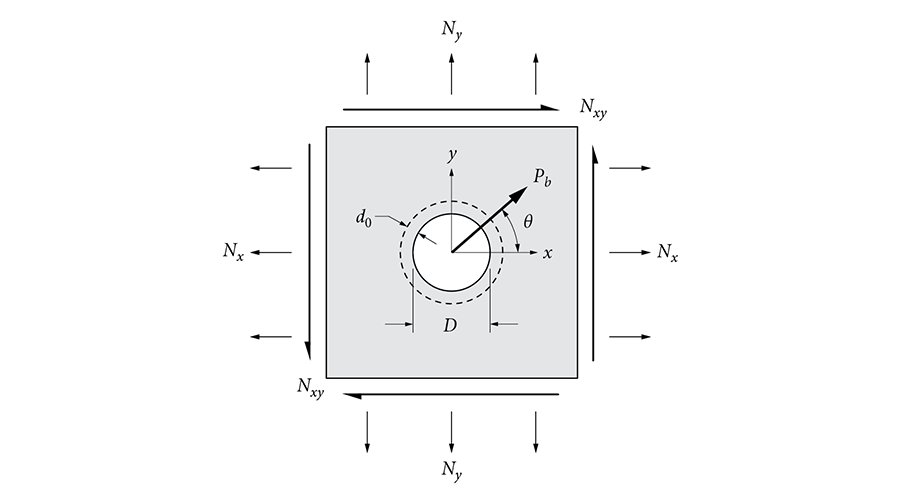 eBJSFM© is an Excel-based pre- and post-processor to the public domain Fortran code BJSFM (Bolted Joint Stress Field Model). The full field stresses and strains for bearing and bypass loads are calculated. The max strain and max stress failure criteria are calculated at the characteristic dimension, d0, to determine failure via the point stress criterion.

eStability© calculates the running load at which bifurcation plate buckling of composites occurs. eStability uses a finite element model with solid elements. Isotropic or orthotropic materials in bending may be considered. For a composite material, a symmetric and balanced laminate with thoroughly interspersed plies would be considered an orthotropic plate in bending. Laminates that are far from symmetric and/or heavily unbalanced are not applicable. Normal and shear loading may be simultaneously considered and may either be positive or negative, but eStability© will only report a buckling allowable if buckling occurs. Each edge may be either (F) free, (S) simple, or (C) clamped. The effect of transverse shear deformation is also accounted for. 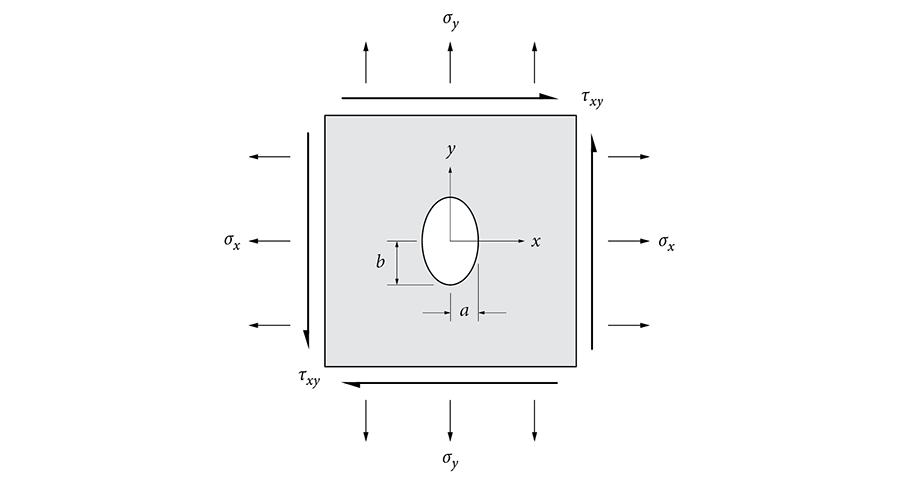 eCutout© calculates the full field stresses and strains for either an isotropic, orthotropic, or anisotropic material with an elliptical or circular cutout. eCutout© uses the Lekhnitskii solution (complex variable theory) as described in the book. General in-plane loading applied to the external, infinite boundary is considered, and only the in-plane elastic properties are considered. Stresses and strains are calculated at a characteristic dimension, d0, from the edge of the hole by using the complex variable solution presented by Lekhnitskii. The max strain failure criterion is applied to up to 4 different ply directions. Up to 1,000 load cases can be run with ease.

ePressure© calculates the displacement and stresses for a composite plate with arbitrary edge conditions and aspect ratio. A constant pressure load normal to the plate surface is assumed. The effect of transverse shear deformation is also accounted for. This allows for low b/t solid laminates and sandwich structures to be properly accounted for. ePressure© can also be used to solve for curved panels.